Together with universities we tackle major societal challenges.

CWI considers it important to link its own scientific research to education and training at universities. Currently, more than thirty CWI researchers hold part-time appointments at nine Dutch universities.

As a national centre for mathematics and computer science with a focus on scientific research, CWI aims at collaboration with the universities in the Netherlands, for instance through part-time professorships for (usually) one day a week. Currently, more than thirty CWI researchers hold part-time appointments at nine Dutch universities. By teaching and supervising students in MSc-projects or during a CWI internship, they contribute to the education of young mathematicians and computer scientists. In this way, CWI's research is linked to education and training at Dutch universities. 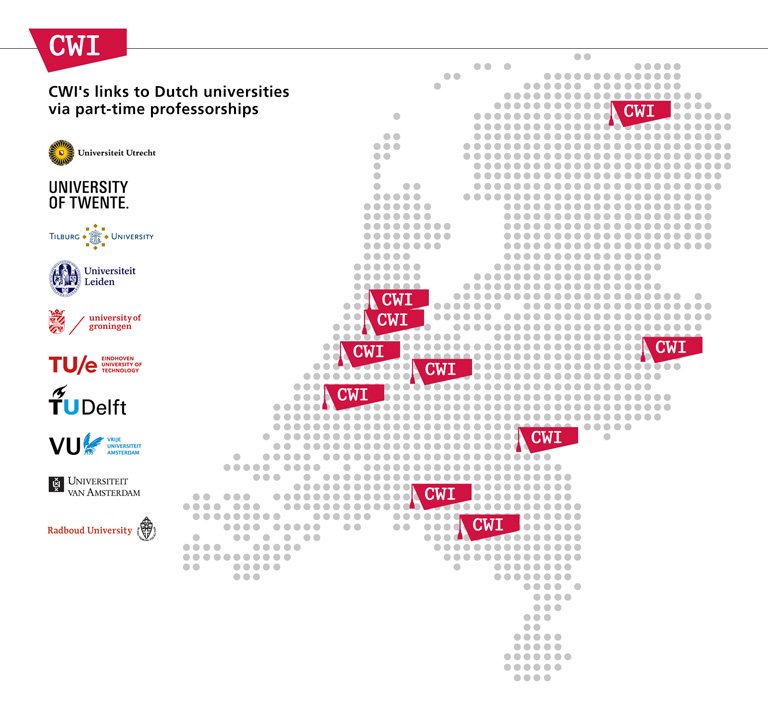 CWI highly values education. CWI researchers not only supervise and inspire the CWI PhD students, but also aim at contributing to teaching Master's students at universities, see the overview of CWI's current involvement in teaching courses (pdf) in the Netherlands.

Research in partnership with universities

Together with the universities, we can create the critical mass needed to tackle these major societal challenges.As far as I am concerned, this critical mass is an important goal of our cooperation with universities.” 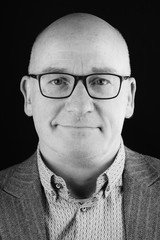 Examples of successful collaborative projects are the NWO Gravitation programmes Networks (research into the properties of networks) and Quantum Software Consortium (research into software for the future quantum computer) in which CWI collaborates with various universities in a ten-year plan. “That is where you get the scale you need to take big steps forward”, says de Kok.

CWI as a connector, a breeding ground and a place of interaction

Universities value the cooperation with CWI in scientific research for various reasons. CWI works on topics like cryptography or quantum computing for which not all universities have the people and resources. In addition, CWI as a place with more focus on research and with only senior researchers is experienced as a stimulating environment for university researchers who are still in training.

“As CWI, we strive to be a breeding ground for new ideas, an important place for interaction and a connector of scientific talent,” says de Kok.

Cross-fertilisation between mathematics and computer science is in the genes of CWI, as is fundamental research with a view to societal applications. These two characteristics make CWI an extra attractive partner for universities to cooperate with. The cooperation with universities allows CWI to contribute to the training of young people on the one hand, and to scout talent for its own research on the other. And all this with the aim of helping to tackle major societal challenges.

Apart from its cooperation with universities, CWI plays a central role in various national and international programs and organizations.

CWI as a breeding ground

Ton de Kok: "As CWI, we strive to be a breeding ground for new ideas, an important place for interaction and a connector of scientific talent."