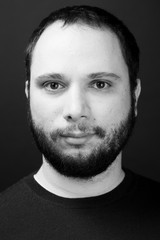 Solon Pissis read Computer Science at the Department of Informatics and Telecommunications of the University of Athens (2003-2007) before completing his M.Sc in High-Performance Computing at the University of Edinburgh (2007-2008). He obtained his Ph.D in Computer Science from King's College London (2008-2012). He also holds a Postgraduate Certificate in Academic Practice in Higher Education from King's College London (2015-2016). He was a Research Associate in the Florida Museum of Natural History at the University of Florida and a Visiting Scientist in the Scientific Computing group at the Heidelberg Institute for Theoretical Studies (2012-2013). He was appointed Lecturer (2013) and then Senior Lecturer (2018) in Computer Science in the Department of Informatics at King's College London. In 2019 he joined CWI, where he is Senior Researcher in the Networks & Optimization group leading the Algorithms and Data Structures for Sequence Analysis team. In 2020, he also joined the Department of Computer Science at the Vrije Universiteit as (part-time) Associate Professor.

His area of research within computer science is algorithms and data structures. Research topics he is interested in include algorithms and data structures on strings and graphs for pattern matching, indexing, comparison, and finding regularities. Applications thereof he is interested in include data mining, bioinformatics, data compression, and information retrieval. For more details, see the subgroup's webpage.