Monique Laurent, researcher and former MT member at CWI and a professor at Tilburg University, has been appointed as CWI Fellow for her contributions to science and management.

Monique Laurent, researcher and former management team member at CWI and a professor at Tilburg University, has been appointed as CWI Fellow. This was announced by CWI director Ton de Kok during his New Year’s speech this week. She received this distinction of honour because of her contributions to science and management for CWI, Centrum Wiskunde & Informatica in Amsterdam. Laurent is the first female CWI Fellow.

Laurent has been affiliated with CWI as a senior researcher since 1997. She was a group leader of CWI's Networks and Optimization research group from 2005 to 2016 and a management team member from 2016 to 2021. Since 2009 she is also a part-time professor at Tilburg University.

The title of CWI Fellow is given to outstanding members of CWI's research staff and enables them to pursue free research directions supported by CWI. Laurent will pursue her research in discrete and polynomial optimization, an area where her contributions have been widely acknowledged.

Monique Laurent has been frequently invited to lecture on these topics at international conferences. In particular, in 2014 she spoke at the International Congress of Mathematicians, the most important conference for mathematicians in the world. In 2018 she held a plenary lecture at ISMP, he triennial international symposium of the Mathematical Optimization Society and opened the World Women in Mathematics event in Rio, and in 2021 she was invited for the Distinguished Lecture Series of the Field Institute for Research in Mathematical Sciences.

Her contributions are also acknowledged through prestigious fellowships. In 2018 she was elected as a member of the Royal Netherlands Academy of Arts and Sciences (KNAW) and in 2019 as a member of the Royal Holland Society of Sciences and Humanities (KHMW).  In 2017 she became also a Fellow of the international Society for Industrial and Applied Mathematics (SIAM) and in 2021 a EUROPT Fellow.

Monique Laurent’s CWI Fellowship started on 1 November 2021, but due to corona measures it was announced later. 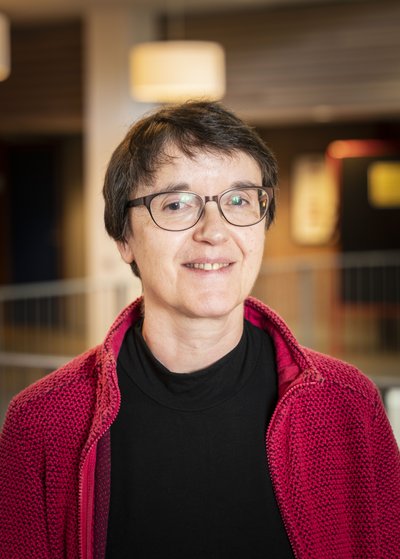