Léo Ducas is appointed as a part-time professor Mathematical Cryptology at Leiden University. At CWI, he designed several cryptosystems, some of which might soon be adopted as new international standards.

In cryptography the sky is the limit, according to the new professor Mathematical Cryptology at Leiden University, Léo Ducas. He already designed several cryptosystems as part of his research at Centrum Wiskunde & Informatica (CWI), some of which might soon be adopted as new international standards. Since December, Ducas has been working as part-time professor at the Mathematical Institute (MI) at Leiden University.

The field of Cryptology, also called ‘the science of secrecy’, is a research field that makes wide use of tools and theories from mathematics and Computer Science. Cryptography became an essential part of our society. It is used for secure storage and communication by computers, smart phones, credit cards, military equipment. "Algebra and Number Theory are particularly relevant to Cryptology," Ducas says. "I’m certain that the deep expertise of the MI on those topics will bring enriching contribution to my research." 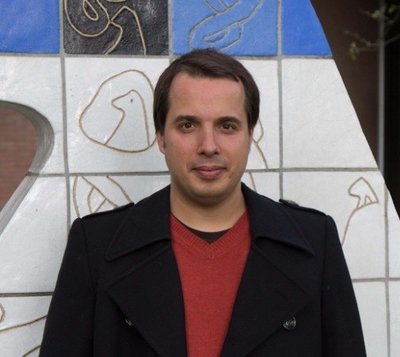 However, he stresses that Cryptology is not merely an application topic. "Fundamental and fascinating mathematical questions regularly emerge from cryptology. These self-standing questions are central to my future role at Leiden University."

One day a week, Ducas will be teaching and conducting research at the MI. Apart from that, he also hopes that cryptology can be of interest for students of the Leiden Institute of Advanced Computer Science (LIACS).

He wants to give his students the lesson that everything is possible. "I  hope to foster more mathematical curiosity in lattice-based cryptography,’" he says. "In cryptography, the sky is the limit: there is no predetermined set of tools or theory to solve your problem; every bit of math, computer-science, or even physics is fair game. Be creative, and do not neglect seemingly distant research areas."

Ducas is specialized in the study of lattices. These are regular grids of points in spaces of large dimensions. He studies their algorithms and their application to cryptography. "I have designed several cryptosystems, some of which might soon be adopted as new international standards. I have also contributed to the fastest known algorithms for attacking such cryptosystems."

Ducas has also contributed to make cryptography quantum-safe. His research shows that a certain lattice-based cryptography is more resistant to attacks from quantum computers than from other types. "The standardization and transition to post-quantum cryptography is currently a major challenge for society. Building confidence in the new standards is also very important, as no one can rule out that a new smart idea in algebra could in principle ruin our current post-quantum efforts. No stone must be left unturned!"

Next to his work at Leiden University, Ducas works as  a researcher at the Centrum Wiskunde & Informatica (CWI), the national research institute for mathematics and computer science in the Netherlands. In 2020 he was awarded an ERC grant for his research into quantum-safe cryptography.

Before being a professor, Ducas was already connected to the MI. Since 2015 he has supervised several theses of student at various levels (BsC, MsC, PhD). Apart from that, he also co-organized a workshop at the Lorentz Center.

More information on Léo Ducas and the Cryptology group at CWI