The jury praises the efficiency and elegance of their mathematical solutions, but most of all the effort Bhulai and Van der Mei put in to make sure their work truly benefits society.

For more than twenty years, Sandjai Bhulai (Vrije Universiteit Amsterdam) and Rob van der Mei (CWI/VU Amsterdam) have been searching or mathematical solutions for various social problems together. One of the problems they focused on is ambulance planning. Ambulances have to be present within fifteen minutes in case of urgent situations, but unfortunately this is not always possible due to traffic jams or a shortage of ambulances.

Bhulai and Van der Mei developed a new planning method for ambulances that reduced the number of late arrivals by 25 to 30 percent. Their method is now used in a number of safety regions and can also be used for the fire brigade and the police. The planning tool turned into a CWI spinoff called Stokhos eventually, which is now even active across the borders. In addition, the team is also working on reducing waiting times in healthcare for the elderly, suicide prevention, combating cybercrime and the rapid recognition of news on social media. The latter method is used by nu.nl and the ANP.

Rob van der Mei: “We developed methods and models that make sure ambulances arrive on time more often. It’s not just about getting published in fancy academic journals. But rather it is an example of how science can help to save lives.”

From the jury report:

“The mathematical solutions offered are efficient and elegant. What is truly exceptional within this field is how much effort Bhulai and Van der Mei put into ensuring that their work is used in practice. For the new ambulance planning system, for example, they listened very carefully during the pilot to the feedback from ambulance nurses to ensure that the system is workable for them. The jury is impressed by the teamwork of Bhulai and Van der Mei and their special cooperation with various social parties. This is truly mathematics for the society.”

The Huibregtsen Award is intended for a research project that is scientifically innovative and offers convincing perspectives on a social application. All public scientific research organisations in the Netherlands are eligible to submit nominations. The jury, headed by KNAW President Ineke Sluiter, selected six research projects from 31 nominations. A film of these projects will be made and shown on the evening of Science & Society. The prize consists of the sculpture The Thinker by artist Wil van der Laan, a sum of € 25,000 - to be spent on research - and a workshop offered by the Lorentz Center in Leiden.

On Monday 4 October 2021, the twenty-second Science & Society Evening will be held in the Nieuwe Kerk in The Hague. The aim of the evening is to underline the social importance of science, among other things by showing appealing applications of scientific research in practice. Each year, the De Avond van Wetenschap & Maatschappij Foundation invites a select group of 275 prominent figures from the worlds of science, culture, business, politics, media and sport to a festive dinner in The Hague. During the dinner, top Dutch scientists present current research themes with provocative propositions from their fields. The table companions then engage in discussion with each other about the (question) statements and the Huibregtsen Prize is awarded. 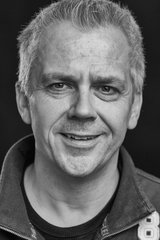 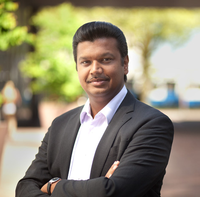