Most Influential Paper award for SWAT researchers at SCAM ‘19

CWI’s SWAT group has been awarded the prize for most influential paper for the article that introduced programming language Rascal ten years ago at the SCAM conference.

CWI’s SWAT group has been awarded the prize for most influential paper for the article that introduced programming language Rascal at the International Working Conference on Source Code Analysis and Manipulation (SCAM) in 2009.

Paul Klint, Tijs van der Storm and Jurgen Vinju of CWI’s Software Analysis & Transformation (SWAT) group have been awarded the prize for most influential paper for the article “Rascal: A domain specific language for source code analysis and manipulation” at  the International Working Conference on Source Code Analysis and Manipulation (SCAM) in Cleveland, USA. The aim of the conference is to bring together researchers and practitioners working on theory, techniques and applications which concern analysis and/or manipulation of the source code of computer systems.

The awarded paper introduced programming language Rascal for the first time at the same SCAM conference in 2009. Rascal is a general metaprogramming language, facilitating programmers in analyzing, transforming and generating source code. It has been developed to support research in software engineering, helping in experimenting with and constructing new kinds of tools. Since 2009 Rascal has evolved significantly, and has been successfully applied in research, education, and industry.

Rascal is used by researchers in programming languages and software engineering, and taught at several universities in the Netherlands and abroad in master courses on software evolution. It serves as a foundation in national and international research projects as well as co-funded valorization projects, and is applied in solving contract research questions. Some notable projects are, for example, run at ING bank and Philips Healthcare.

The SWAT group expects Rascal to continue to evolve and support research and education in the long term. Ongoing projects are the development of a new compiler, the integration of data-dependent parsing technology, code formatting based on machine learning, constraint-based type checking, supporting Microsoft’s Language Server Protocol (LSP), and maturing the Rascal eco-system through a package manager and deployment system. 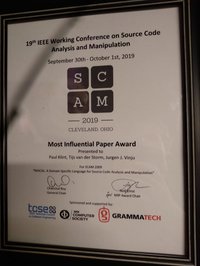 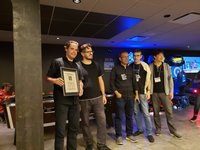