Test of Time Award for a single-chip secure processor where the underlying system software is untrusted.

This year, Intel added a Test of Time award to the program to honour papers published 10+ years ago that have demonstrated a significant and lasting  impact in the security field. After careful consideration, the program  committee has chosen the paper, AEGIS: architecture for tamper-evident and tamper-resistant processing, for the Test of Time award. Intel adopted the idea of secure containers -- called secure enclave in Intel SGX -- and also adopted (and improved) the memory integrity checking scheme (based on a hash tree). CWI’s Marten van Dijk is one of the authors of this paper. 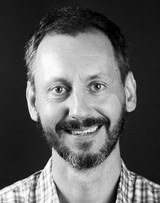 Published in 2003, this research describes a single-chip secure processor including a configuration where the underlying system software is untrusted. The proposed architecture incorporated several novel ideas at that time, such as cryptographic measurement and attestation, memory integrity verification and memory encryption. This work helped inspire the broader domain of trustworthy computing and the practical realization of the novel features can be found in a wide range of trusted execution environments (TEEs) deployed across the industry today.

As head of CWI’s Computer Security group Marten van Dijk is a very experienced computer security researcher, both in academia and industry. Early in his career he became the lead inventor of the error correcting codes used in Blu-ray discs at Philips Research Lab. At RSA Labs in the USA, he co-designed the awarded IRIS authenticated file system. His research on fully homomorphic encryption over integers was nominated for Best Paper Award at Eurocrypt 2010. In 2022 Van Dijk has received the IEEE Fellowship from the Institute of Electrical and Electronics Engineers, IEEE.

Apart from his work at CWI Van Dijk holds a professorship at the ECE department at the University of Connecticut. Marten van Dijk has published more than 100 papers in applied cryptography and hardware security and is quoted over 16,500 times with an H-index of 53 on Google scholar.