Daniel Dadush has been awarded the Van Dantzig Prize, which is considered the highest Dutch award in statistics and operations research. It is awarded by the VVSOR once every five years.

Researcher Daniel Dadush from CWI has been awarded the Van Dantzig Prize, together with Marloes Maathuis from ETH Zurich. This prize is considered the highest Dutch award in statistics and operations research and is awarded once every five years. Dadush and Maathuis were given recognition for the award today, 12 March, at the annual meeting of the VVSOR, the Netherlands Society for Statistics and Operations Research, which took place in Utrecht.

According to the jury, Daniel Dadush was awarded this prize for his excellent work of the last five years on the following subjects: smoothed analysis for the simplex method, algorithmic discrepancy bounds for integer programming and algorithms for optimization on lattices. A jury member explains: “Daniel Dadush's research style is fearless. He's tackling problems in operations research that have long been waiting for a solution. Daniel not only uses techniques from optimization, but also geometry and probability theory. One example is an optimization problem where the solution must be an integer. Daniel has shown for this problem how you can quickly solve the problem by approximation first and then get a good solution for the original problem by cleverly rounding off. That idea had been known for decades, but it turns out no one could round off as smart as Daniel has shown”. Daniel Dadush adds: “I am very honoured and humbled to be recognized with the Van Dantzig prize. I will use the opportunities afforded by the prize to help strengthen the connections between operations research and computer science in the Netherlands as well as to continue the strong tradition of fundamental research at CWI”.

Daniel Dadush is a researcher at the Networks and Optimization research group at CWI. He is interested in developing techniques for solving a broad range of optimization problems. Currently he is working on developing new techniques for integer and linear programming, fundamental tools in optimization, and on building theoretical models to explain the effectiveness of modern optimization methods in practice. Previously, he was a Simons Postdoctoral Fellow for 2 years at the Courant Institute of Mathematical Sciences at New York University. In 2015 he won an NWO Veni grant and the A.W. Tucker Prize for Best Thesis in Mathematical Optimization. In 2011 he won the Informs Optimization Society Student Paper Prize. He was also awarded an ERC Starting grant for the period 2019-2024 on the subject of ‘Towards a Quantitative Theory of Integer Programming’. 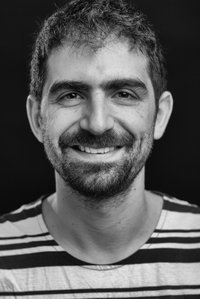 The Van Dantzig Prize is awarded every five years by the VVSOR to a scientist not much older than 40 who contributed significantly to developments in statistics and operations research. The prize is named after mathematician David van Dantzig, founder of statistics and operations research in the Netherlands, and one of the founders of the Mathematisch Centrum (the present-day CWI). The prize consists of a medal cast in bronze with the image of Van Dantzig in relief. Previous winners are, among others, Rinnooy Kan (1985), Gill (1990), Grünwald and Van Zanten (2010) and Zwart (2015).

During the same event, Willem Feijen from CWI received the Jan Hemelrijk Award 2020 by the VSSOR, for earlier work that he did at VU Amsterdam before he came at CWI. The Jan Hemelrijk Award is bestowed each year to a Master’s thesis in statistics or operations research, in recognition of an outstanding graduation performance.  The jury stated that Feijen’s thesis was on the intersection of statistics and machine learning, like the VVSOR itself. Moreover, the classification trees studied in the thesis have become very relevant lately due to the EU data legislation, which requires an explanation and accountability for decision making models.

VVSOR has as goal to promote the application and study of statistics and operational research, serving both science and society. VVSOR was founded in 1945 and has approximately 800 members. More information: https://www.vvsor.nl/.