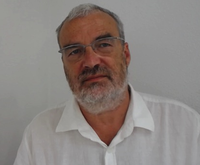 Mathematician Bert Gerards of Centrum Wiskunde & Informatica (CWI) in Amsterdam and his colleagues Jim Geelen (University of Waterloo, Canada) and Geoff Whittle (Victoria University of Wellington, New Zealand) have proved the famous 40-year old Rota’s Conjecture. The team has been working for more than 15 years on solving this mathematical problem posed by Gian-Carlo Rota in 1970.

This year the trio realised that they had achieved all the essential ingredients to prove the conjecture.

Rota’s Conjecture relates to a specialised area of mathematics known as matroid theory, a modern form of geometry, which Gerards and his colleagues specialize in. The theory investigates geometric structures that can be completely different from those in our world, and Rota’s Conjecture is a way of using mathematics to recognise these alternative structures. The conjecture was made by Rota based on the work of the world-famous mathematicians Bill Tutte and Paul Seymour.

At the turn of the century, Geelen, Gerards and Whittle joined forces to work on Rota’s Conjecture and, simultanously, on generalizing the famous Graph Minor Theory developed by Robertson and Seymour to matroids. Last year they completed their Matroid Minor Theory. The proof of Rota’s Conjecture relies on the full power of that theory, but did require significant work beyond that.

According to the trio, the real hard work only just began when early this year they started writing up the results of their work. The team expects this to take several more years—as well as many hundreds of pages of journal articles.

Prof. dr. ir. Bert Gerards is researcher at CWI since 1989. He specializes in combinatorial optimization. In 2003 he received the Fulkerson Prize. Gerards is also part-time professor at the Maastricht University School of Business and Economics.